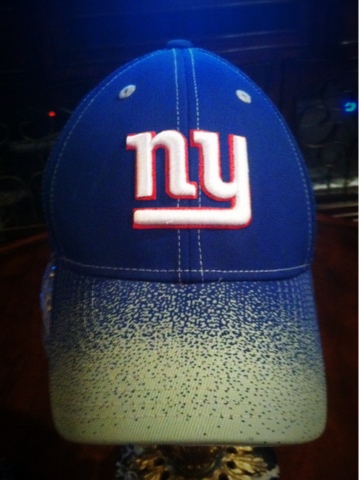 The Giants were victorious against the Patriots this past Saturday! Super Bowl XLVI drew a record-breaking 111.3 million viewers. Some people don’t care for football, some people shed tears at the end of the season. I’m not going to go all sports-fanatic-crazy on you, I just want to share three things from my Super Bowl experience this year:
1. I’ve written in the past about football and writing. I think athletes are similar to writers in many ways. Eli Manning is the perfect example. He’s long been in the shadow of his older brother and is largely ignored by sports media. Does it look like it bothers him one bit? No. He’s just there to play the game he loves. He works to perfect his game, ignoring the naysayers. He’s never given up, no matter the pressure. He’s at every practice and every game, no matter the weather or other obstacles he may face. He is like the writer. Doing something he or she loves. Dedicated, no matter what anyone says, no matter the lack of recognition for your talents, you know the drill. The underdog didn’t give up. Neither should the writer. Eli received the MVP award for this Super Bowl. There’s an MVP award waiting for the writer who doesn’t accept defeat.
2. I wasn’t all too impressed by the commercials this year. A handful made me chuckle. The Ferris Bueller tease made me wish there were a sequel coming up in the near future. I was disappointed by every other commercial portraying the woman as merely a sex object, and I lost count of how many women in bikinis or underwear I saw. But then there was the Clint Eastwood Chrysler commercial that set everything right. And for that, I am thanking a poet.
3. And we can’t overlook Madonna’s halftime show. Madge looks like she hasn’t aged one bit since the early 90’s. My grandmother couldn’t help but comment on her appearance either, and it made for the quote of the night: “She sure is pretty, but I bet you she can’t cook like we can.” As soon as she said this, she gave my grandfather, then my husband, a good stare down. There’s always hoping, Grandma! 😉
Did you watch the Superbowl? Why or why not? Anything you did instead?