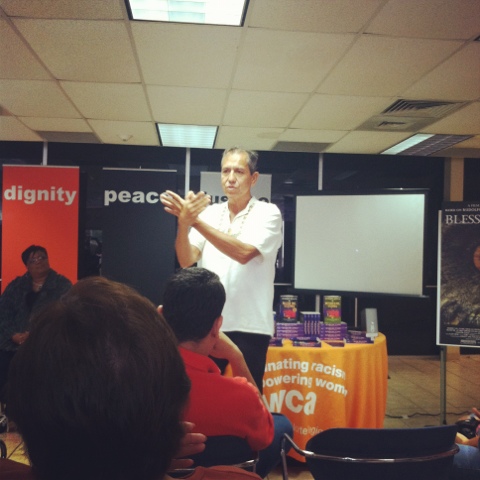 Last week was the 30th anniversary of Banned Books Week. Coincidentally, Librotraficante’s underground library was set to open at the main YWCA branch here in El Paso this past Saturday. The American Library Association states that “while books have been and continue to be banned, part of the Banned Books Week celebration is the fact that, in a majority of cases, the books have remained available. This happens only thanks to the efforts of librarians, teachers, students, and community members who stand up and speak out for the freedom to read.”

I’m proud to have witnessed such efforts this weekend in my hometown. The vision and dedication of Tony Diaz from Librotraficante and Cemellí de Aztlán and Sandra Braham of the YWCA is inspiring.  People were moved to tears during and after the organizers and guests spoke about the importance of saving our books for future generations. The company producing Rudolfo Anaya’s Bless Me, Ultima as a movie (release date is September 21, 2012), donated 40 copies of the book, 20 in English and 20 in Spanish. I watched a woman brush away tears while signing out one of these copies and will never underestimate the power of a book again.

If Arizona is banning Mexican-American studies and confiscating books as if they’re illegal drugs, what is going to happen to the education and supporting literature of other cultures, the very cultures like our own who helped define America over the past decades?

How can we help save these books? Donate a book, read one of these books and share it with a friend or family member, host a book club, help sponsor an upcoming event, just go out and witness an event such as this in your local area.

“I alone cannot change the world, but I can cast a stone across the waters to create many ripples.” – Mother Teresa

For more on the Librotraficante movement: 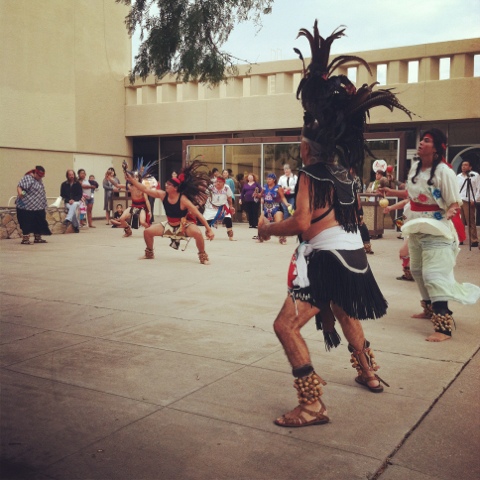